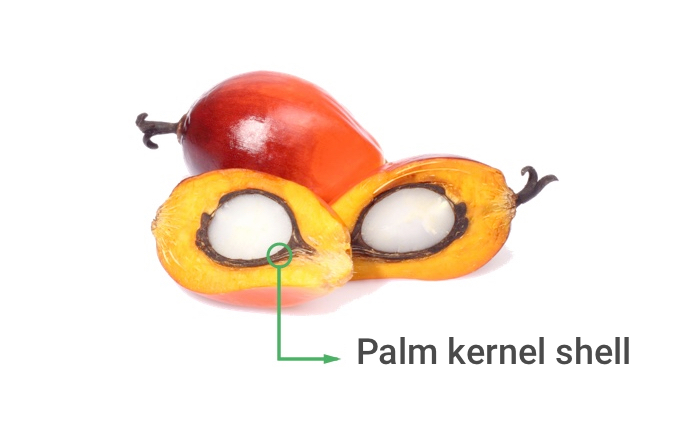 One type of tree that has various benefits for the life of humanity is Palm oil. Where these tree varieties are often identified as palm oil producer. Products that actually come from utilizing the content of palm oil fruit.

What is a Palm Kernel Shell?

The first thing you should know is related to the term Palm Kernel shell is to understand what shell is. The shell is the part of the layer that is close to the flesh of the fruit, in this context, of course the intended is Palm oil fruit.

Not much different from the shell characters from other types of coconut fruit in general. Where the skin always has a contour that emphasizes the hard side. The opposite of the contents of the fruit. This serves as a protector of the palm kernel flesh from bacteria, insects or pests.

Palm oil fruit skin will definitely experience a transformation of color patterns. Starting from the color of the fruit color at a young age, stepping into the almost mature period until the time is ready for harvest (ripe). The color pattern is the green phase where the fruit is still very young. The reddish orange indicates the phase towards early maturity. Brownish maroon red as a phase of almost perfect maturity. And finally the dark brown blackish indicates the phase ready to be harvested.

This color pattern is the outer layer of the fruit. Then it was followed by the second layer, filled with skin meat which was pressed on the palm shell. This third layer which is hard is called the shell or palm kernel shell. Meanwhile the white flesh is in the deepest layer, which is protected by the shell us called Kernel which can be turned into Palm Kernel Oil.